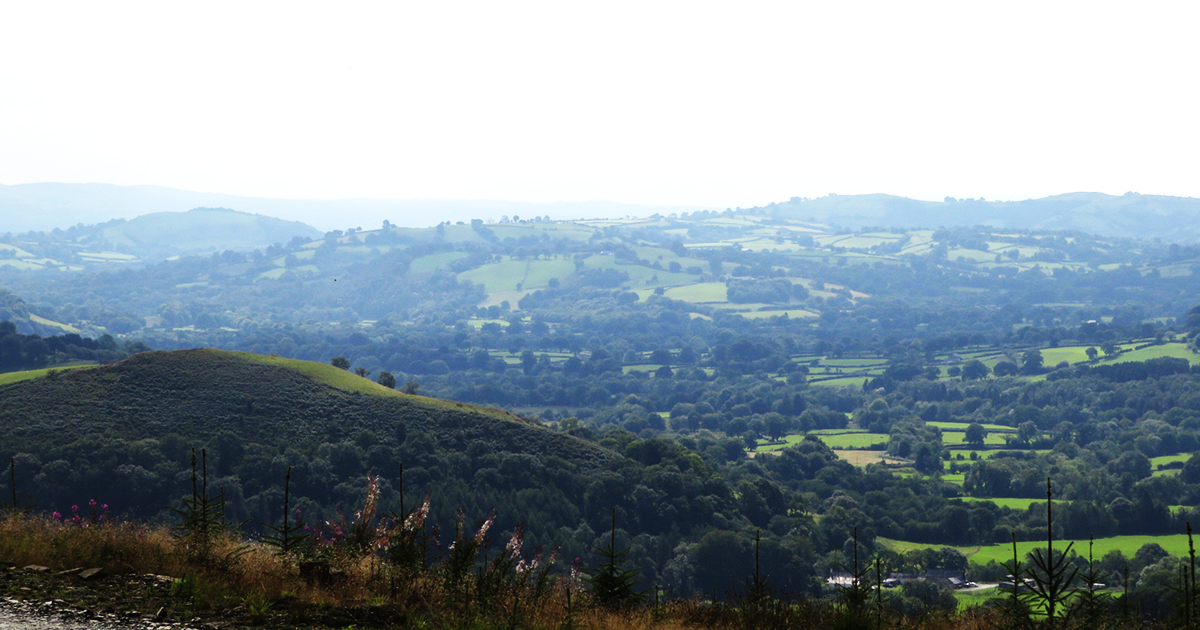 About 5 months after we had moved to Wales, on a warm spring day, I visited Crystal Mountain for the first time, on a rock hunting expedition. I had never been to it before, despite it being round the corner from my home. It was a place I held dear to my heart, because my whole awakening occurred when I came to Wales and Crystal Mountain played an important role in that, and my newfound love of crystals. I felt there was a deep connection between myself, my home and the mountain.

I had invited some knowledgeable people to come with me exploring the mountain. I still considered myself a novice, with little knowledge of crystals, other than how much I loved them, and I was keen to learn anything I could from them. I do remember before we met up, thinking ‘what if there’s nothing there to be found, after I’ve invited them all this way!’ They were experienced crystal healers, I didn’t want to disappoint them! Little did I know what was in store!

We were all excited to see what awaited us. It’s a very bumpy road up the mountain, so you have to drive slowly, but that meant I could take in the scenery all around me. It really is so special, peaceful, there was so much history all around. It has a very ‘ other worldly’ feel. We stopped halfway along the track and began to search through the endless spoil heaps which were all around. There was so much excitement, we were all eagerly anticipating what we would find. There was plenty of crystals, lots of milky quartz, some very sparkly pieces. After a while we carried on a bit higher up, again we all separated out, and it was then that I instinctively bent down and found a red quartz cluster, followed a short while later by a perfect quartz point. Despite them being covered in mud, I could clearly see how beautiful they were, and I thanked the mountain for giving them to me. I showed my finds to my fellow hunting companions, who asked where did you find those, but I didn’t know, I had simply bent down and they appeared. We looked around for more of the same, but none were to be found. 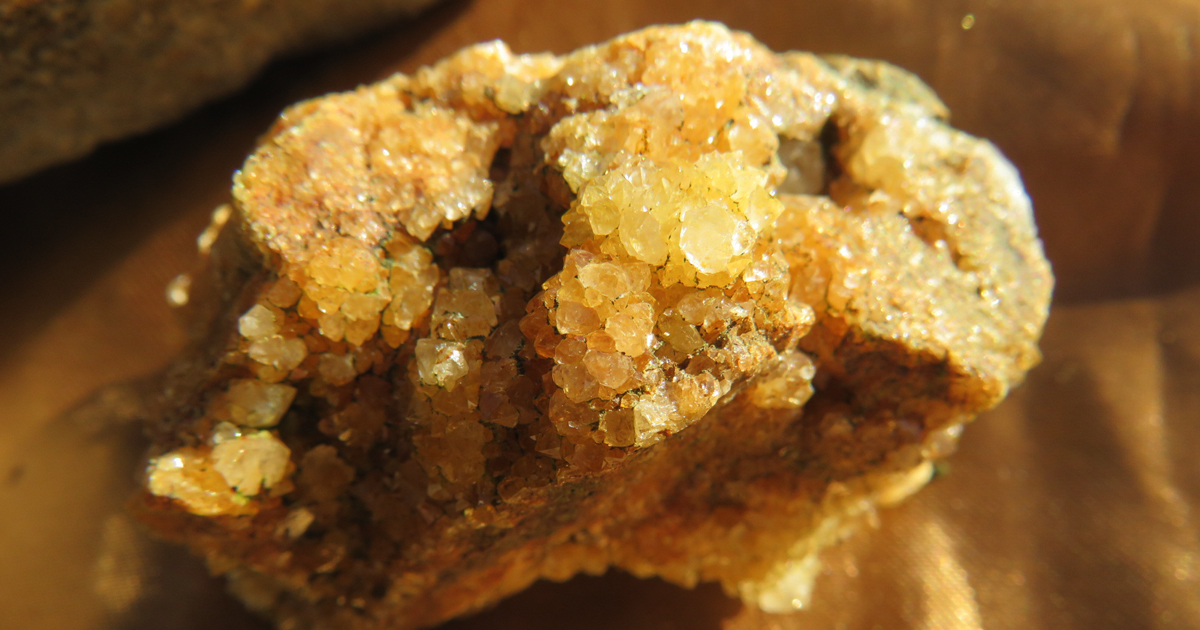 It was a short while later when the golden quartz revealed itself to us. We were quite high up, having to use our mountaineering skills, clambering along, when one of the women I was with said quick, look, it’s golden healer. I rushed over, well staggered as quickly as I could given the rocky conditions, just as the clouds rolled back and the sun beamed down onto this huge array of crystals. It was a spectacular sight, the mountain literally ‘lit up’. I knelt down to look, feeling so in awe of these amazing beauties lying in the sunshine, I felt the crystals were all excited too. It was a profound moment, not just for me, but I think for all of us. It was incredible that we had stumbled upon this new, rare find of ‘home grown’ unique celtic golden healer quartz.

They had been revealed as a result of tree felling, it had brought them to the surface. I had never seen crystals fresh out of the ground before, it was mesmerising to see them. I looked around at where the trees would once have proudly stood, and I did feel sad that they were gone, had lost their lives. The only positive was that it had revealed these crystals which seemed so happy to have been found. 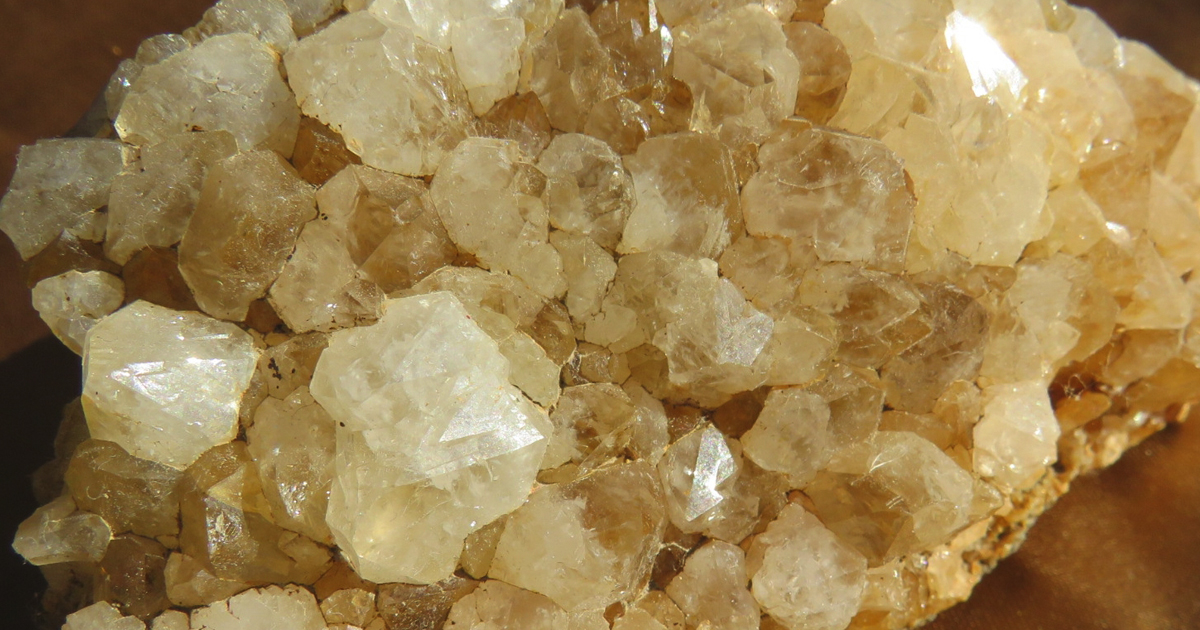 After spending some time with these crystals, it was getting late into the evening, and time to leave. Reluctantly I made my way back to the car. I felt such a strong connection to the mountain, it was familiar, and I felt safe, it was as if I had been here before, even though I hadn’t.

On our way back down, we were full of excitement and laughter, and I think high on energy from the mountain and all of the crystals. We decided to all go to the local pub for dinner, it had been such an incredible experience that day which we all shared, I felt honoured to have been there. I started to feel lightheaded, and put it down to being tired, but after we had eaten I noticed I didn’t feel too well. My stomach was gurgling a lot, I felt heat, my palms were sweating, I felt strange, peculiar. I just didn’t feel ‘right’. We had to drive to the main road to show our friends how to get home, and it was then that it got a lot worse very suddenly. I felt this energy in my base chakra, it was unlike anything I have ever felt before, I was trying to keep myself together in case my friends could see in their car following me, I imagined they could see a mad woman writhing about or worse hear me, yes, I did make sounds as well, I felt out of control. I could feel this energy was intensifying, and I felt it rising up. The only way to describe the feeling is that it was sexual, like having an orgasm. The energy just could not be contained. Thankfully we got to the road, and waved our friends off, and then I turned to my husband and said drive as fast as you can, I don’t know what’s wrong but I need to get home. He duly drove at speed, but the sensations became too much, and I had to get out of the car, so he stopped on a tiny country lane and I got out. I felt panic by now, I had no clue what was happening to me, but I knew I didn’t like it. I felt embarrassed, my poor husband was witnessing all of this, and I knew how worried he was. My heart was racing, my whole body was on red alert, what on earth was going on. I got back in the car desperate for this to end. It was the sheer strength of the energy that was disorienting me, I didn’t know why it was happening. Eventually we got home, and I was so relieved to be out of the car, but I felt shaken, actually traumatised. The sensations eased off and I climbed into bed feeling worn out. 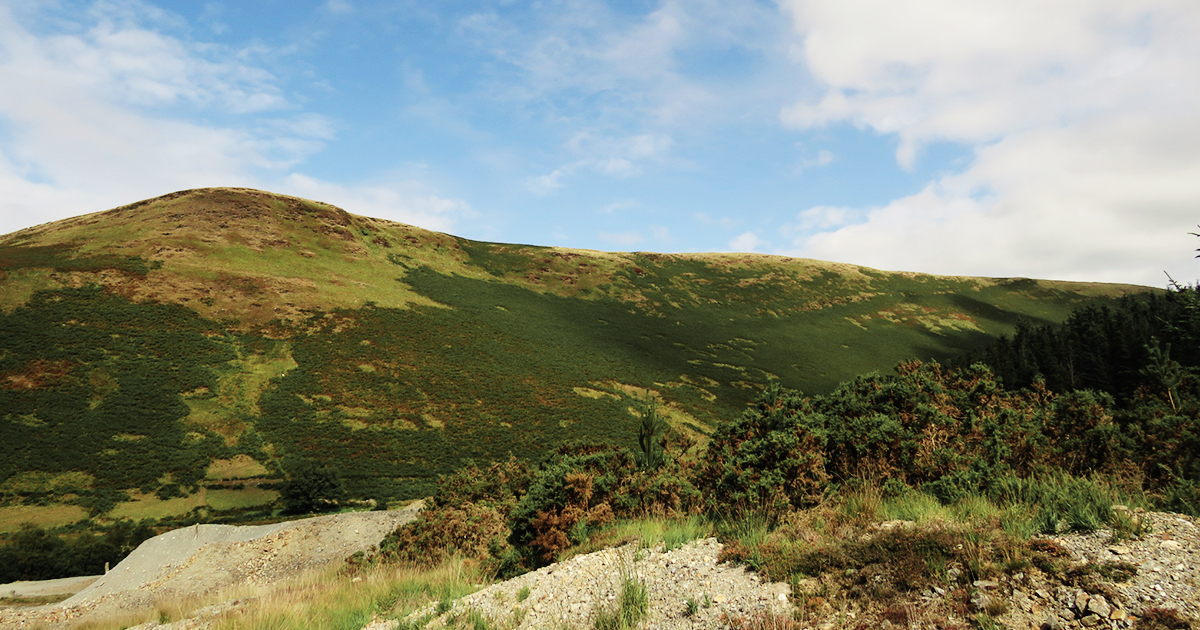 For the following 3 weeks I was really unwell. I never told anyone about the events of that night, because I was mortified it had happened, I couldn’t just slip into conversation, by the way I had this experience, it felt sexual! it was way too embarrassing. So I told people I felt ill, funny tummy, bad throat etc, but kept the energy feeling to myself. My crystal companions, both much more experienced than I was at the time, said it was a very high vibrational energy up there, especially with all of those crystals, and it had put me into detox. This made sense, since I was so new to healing, I was aware there was a lot that I would have to clear and heal. I didn’t associate this experience with the kundalini, to be honest I don’t think I even knew what that was then!

Once I was recovered, I began noticing this newfound sensitivity or ‘feeling’, that I was able to feel energy. I could hold a crystal and was getting sensations in my body. I was also noticing how I was picking up on people’s ailments, which surprised me, as although I had felt stuff doing reiki, it had never been this strong, and I only felt things whilst doing a treatment. This was just happening whenever I was with people. Over the weeks it continued to increase, I knew something was going on, but didn’t know what or why.

I struggled with the sensitivity for quite a while, being around people became overwhelming, I just wanted the safety of my home all the time, to avoid people, including family, places where I could pick up on someone else’s emotions, pains etc. It is something that came as a shock to me, I would say it even frightened me.

Eventually, I discovered more about sensitivity, being an empath, and then I began making essences to help protect and shield my energy, and to clear it. I know not everyone believes in protection, they talk about don’t let the fear in, but all I can say is that in my own personal experience I had to shield myself, it wasn’t an option not to. It came to a head when we had guests come to stay, and within minutes of their arrival, I became really unwell, picking up on the one’s illnesses. I was in agony, yet they remarked how much better they felt. I continued to deteriorate over the next few days feeling worse and worse, the energy was so invasive, I was being drained as well. In desperation I realised I should make a protection essence and It resulted in Auric Armour being born. It was a huge lesson on energy protection, one which I am so grateful for, because I have learned so much from it, and have my lovely essence as a result.

It was the following year, whilst talking to a friend that suddenly it popped into my head that it was kundalini which had awoken. It was one of those lightbulb moments. I briefly explained to her my experience and asked her if she thought it was my kundalini that awakened that day? She said quite possibly, but she had not experienced it, so it was hard to know for sure. 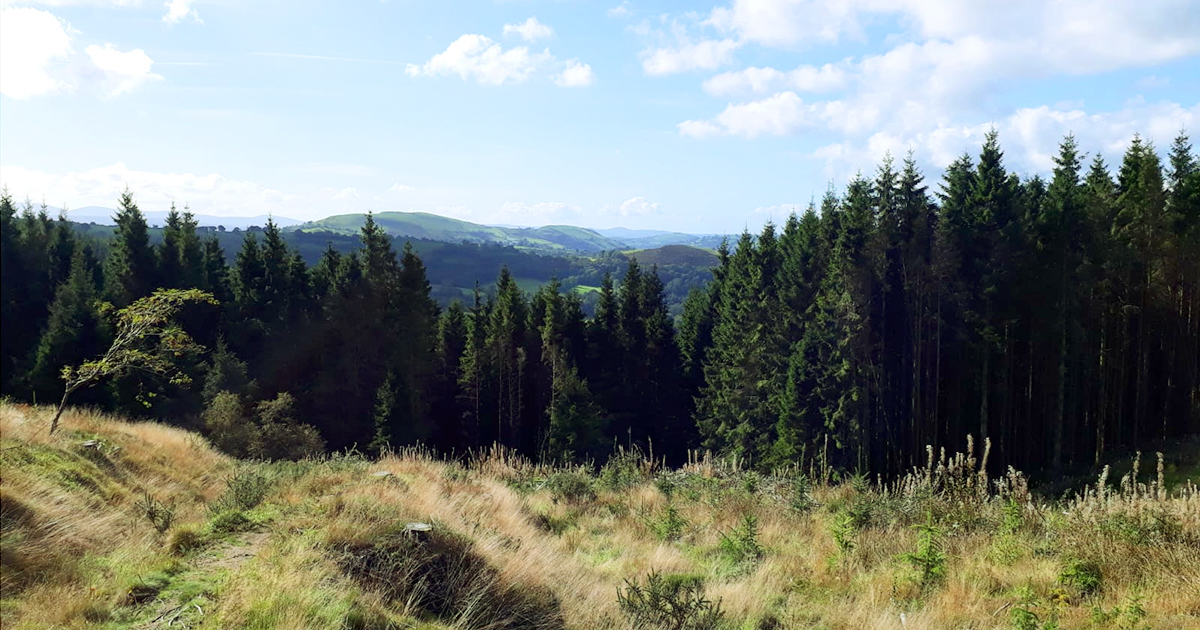 I have now realised that is what happened that day, it was a totally natural process, and it was meant to be. Whether it was the crystals or the mountain, or both, that triggered it I don’t know, but I do know it was life changing for me!

My advice if you are experiencing this awakening, is not to fight it, or resist, you can’t, once it’s woken, you can’t stop it, you have to let it run it’s course. You can certainly help with crystals, allowing the energy to flow clearly up the spine, creating a clear channel for it to move through, and of course essences can help you too….Unity is one which helps with the kundalini, especially if it is wreaking havoc. It is calming and soothing helping to bring you back to centre.